New York, NY – On Monday August 1, the New York Public Service Commission approved a Clean Energy Standard mandating 50% renewable power by 2030 (“50 by 30”).  Effective in 2017, load serving entities (LSEs), which include utility companies and ESCOs, will be required to offset a pre-determined percentage of their load with Tier 1 RECs as part of the Renewable Energy Standard (RES) (effective Jan 1 2017), as well as purchase Zero Emission Credits (ZECs) to subsidize upstate nuclear power generation (effective April 1 2017).  The cost of the RECs and ZECs will be socialized across each LSEs customer base, increasing the cost of electricity supply for end-users, with the percentage of renewables increasing each year through 2030.  Read on to find out the $/kWh impact to your accounts, why these charges are necessary, and what the Clean Energy Standard attempts to accomplish.

What’s the purpose of the Clean Energy Standard?

New York’s Clean Energy Standard is “the most comprehensive and ambitious clean energy mandate in the state’s history, [enacted] to fight climate change, reduce harmful air pollution, and ensure a diverse and reliable energy supply. The Clean Energy Standard will require 50 percent of New York’s electricity to come from renewable energy sources like wind and solar by 2030, with an aggressive phase in schedule over the next several years.”

The Clean Energy Standard will:

How will the Clean Energy Standard accomplish these goals?

Zero Emissions Credits (ZECs – also referred to as Tier 3 RECs) – Basically, the upstate nuclear power plants will be subsidized by taxpayers to the tune of $965 million over the next two years (adjusted thereafter).  Currently, the upstate nuclear power plants (Fitzpatrick, Ginna, and Nine Mile) are struggling due to low wholesale electricity market prices.  Low gas prices have led to low power pricing, so the nuclear plants are operating at a loss and have been threatening to shut down.  The Clean Energy Standard will subsidize these plants to ensure they keep operating and NY reaps the value of the virtually emissions-free power.  According to the State, “if these nuclear plants were to abruptly close, carbon emissions in New York will increase by more than 31 million metric tons during the next two years, resulting in public health and other societal costs of at least $1.4 billion.”  New York would never be able to achieve its 50 by 30 and 80 by 50 goals if nuclear production completely went away (nuclear accounts for 57% of the State’s zero-emission power as of 2015).  Additionally, The Brattle Group estimates that if upstate nuclear plants were closed, electricity prices would jump $1.7 billion.

Renewable Energy Standard (RES) – The RES will require LSEs to purchase Tier 1 RECs to offset a predetermined proportion of their total annual load:

This percentage will increase each year thereafter through 2030 based on a triennial review process.  The incremental percentage requirements aim to accelerate the State’s percentage of energy produced by renewal resources from 25.71% in 2015 to 30.51% in 2021 and ultimately to 50% by 2030.

Tier 1 RECs are RECs from renewable resources that came into operation after January 1, 2015 (and meet the standards outlined in the Order’s Appendix A) and originated in New York or contractually delivered into New York.

What’s the impact to my costs?

Nuclear facilities demonstrating public necessity (i.e. the upstate facilities, not Indian Point) will enter into contracts from 4/1/17 through 3/31/29 to receive subsidies for the power they produce.  The ZEC price will be $17.48/MWh (or $.01748/kWh) for the first two-year period, adjusted every two years thereafter based on the social cost of carbon.  Each LSE will be required to purchase ZECs representing their proportionate share of the state’s total load served by all LSEs.  The LSEs will purchase the ZECs from NYSERDA, who is administering the ZEC program, and the LSEs will recover their costs from ratepayers through commodity charges on the customer bills.  Based on numbers derived from the Order’s Appendices, our estimated incremental $/kWh impact is as follows:

The Renewable Energy Standard requires the purchase of Tier 1 RECs to offset a pre-determined percentage of an LSEs load.  As of now, there’s little insight into the price of Tier 1 RECs in NY.  According to sources in the industry, the best insight into pricing is between PJM Class 1 and NEPOOL Class 1 RECs, which is between $14-$38/MWh.   Based on these estimates and the RES annual percentage requirements, the potential incremental $/kWh impact is as follows:

All in, the potential impact ranges from $.0031/kWh to $.0033/kWh in the first year, increasing thereafter.  Our estimate is consistent with the $2 per month increase to residential customers based on an average of 600 kWh per month that is mentioned in the Order.  To put this in perspective, for every 1,000,000 kWh of usage, you can expect increased costs of $3,000.

The Order and its Appendices are a combined 442 pages, so it is impossible for us to cover everything mentioned in the Order in this short article.  However, you can reach me at 212-616-5198 or andy@energywatch-inc.com with any questions or to discuss further. 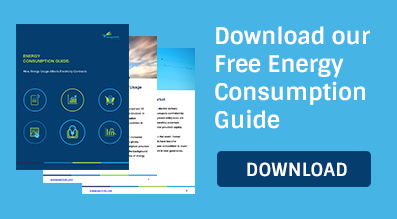